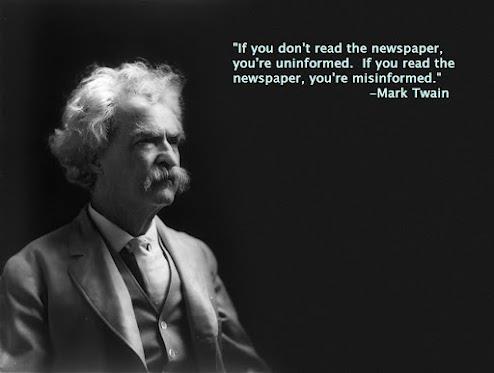 “If you think education is expensive, try ignorance”
–Derek Bok

Make Yourself an Honest Man

15 Comments Posted by KKai Orkut on October 24, 2005
"Make yourself an honest man, and then you may be sure that there is one less scoundrel in the world."
— Thomas Carlyle

I think it is an interesting quote.  Oh yeah, if you were a Christian, read it for fun because making oneself better is not a biblical teaching.  I have to say that today many Christian teachings are not biblical because of that.  For Christians, we need to count ourselves as dead instead of making ourselves better.

By the way, I think there is one hopeless, hidden situation of which Mr. Carlyle is not aware.  The human population growth is positive meaning that the birth rate is greater than the death rate.  In other word, the moment one makes him/herself an honest person, there will be many more scoundrel born in this world.  I tell ya, it is a losing battle. XD

7 Comments Posted by KKai Orkut on July 27, 2005
This quote is somehow similar to the blog that I posted yesterday. In different ways, it shows some properties of a mature person. I like it very much, and I hope you like it too. :)

"It teaches the strong to know when they are weak and the brave to face themselves when they are afraid. To be proud and unbowed in defeat yet humble and gentle in victory. And to master ourselves before we attempt to master others. And to learn to laugh, yet never forget how to weep. And to give the predominance of courage over timidity."

– General Douglas MacArthur, on the virtues of competitive athletics.

7 Comments Posted by KKai Orkut on July 21, 2005
We come into this world crying while all around us are smiling. May we so live that we go out of this world smiling while everybody around us is weeping.
– – Persian proverb

KKai:
As for us true Christians, we all should be smiling, for we are not of this world. :)

One Word on “Life and Death”

"People die in the ways they live."

So, how do you live the moment you have today?